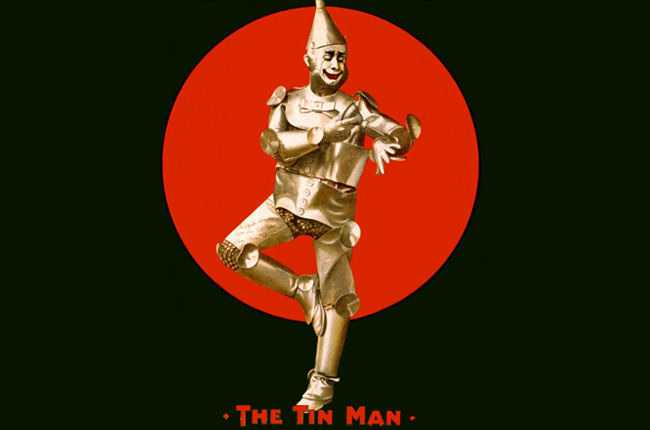 Posted at 07:16h in Uncategorized by seeingbehindthemask

This is the second in a series of articles about people who are considered high-risk employees.

Selecting staff is always difficult. One of the problems is that applicants are reluctant to reveal all of the things that you want to know. Nonetheless, this is the risk that comes with every hiring decision. There are no perfect people, and no matter how good someone looks at the interview, over time you’ll see some limitations.

There are, however, some people who pose such significant risk to an organisation that the risks greatly outweigh the rewards.

But first, a note of caution: in describing people with significant personality problems, a considerable degree of care is required. Some people will have one or perhaps several of the characteristics described. It would be an error to conclude they suffering from this disorder. Leave that to the trained professionals.

As you may recall, The Tinman from The Wizard of Oz hoped to meet the Wizard because he wanted to have a heart. I have chosen this name to describe Workplace Psychopath. In meeting him you will be knocking on cold steel in search of some genuine warmth. You will inevitably fail, not for lack of effort, but because such a person has no warmth and no heart.

Everyone will vary to the extent they show the characteristics of the Workplace Psychopath. Most will show almost none. A very small number will show several of these. What makes the observations during a job interview important is when you find multiple sources to support your conclusion.

The term psychopath usually invokes the impression of a criminal, a person who, if not in jail, should be. Perhaps the most modern and well-known characterisation of this person is Hannibal Lector, popularized in several movies. (The profile of this character is actually based on three different serial killers who were charged with numerous violent offenses and imprisoned.)

However, there is more recent literature on the psychopath that is attracted to organisations , some of whom appear very successful. It is difficult to know with any certainty what percent of the population is truly psychopaths. The figure of 1% is generally accepted. Experts in this disorder believe that 3-4% of executives could qualify for this disorder. If you work in a firm with more than 20 people, you are statistically more likely to have someone like this in your company. As the number of employees grows, your likelihood of working with a psychopath becomes greater.

What to Look For in the Interview

This person will come across as smooth, polished, and persuasive. They can seem well informed and project an air of “strength” and confidence. Often a skilled conversationalist, and occasionally quite attractive looking, this type of person can ooze charm.

Despite this, you pick up just a whiff of feeling superior to others. Those who succeed in business are usually quite intelligent, and they can be quite well informed about specific areas

When reviewing past jobs, look for indications of subtle disrespect for past bosses, or indirectly blaming others for their own lack of advancement.

When asked about areas they can improve on, their answers will be superficial at best. With absolutely no insight into themselves, over several interviews, the initial charm may tend to wear a bit thin.

If their past jobs are checked carefully, you will probably find a history of leaving jobs impulsively, though this is explained by what seems – at first glance – to be a plausible reason.

Examine the extent to which this person can demonstrate a genuine sense of empathy. This means more than just saying ”the right things”. Can the applicant demonstrate the ability to see the world as another person does? Can they imagine how another person would feel in a given situation?

Look closely for a pattern of glib or superficial answers, or adept moves to avoid actually answering a simple, direct question.

It is essential such people be interviewed by two people. One can take notes and the other asks questions. When carefully reviewing the notes afterward, you may find yourself disbelieving what you have actually written. Be very alert if you, or someone on the recruitment team, begins to make excuses for the applicant. Usually, this will take the form of “I’m sure he didn’t mean it that way” or “No, he couldn’t have said that.”

The best thing to write down is a direct quote, capturing what the applicant actually said. The next most important data is direct observations of behaviour during the interviews. This data is your best chance of seeing behind the mask this person wears.