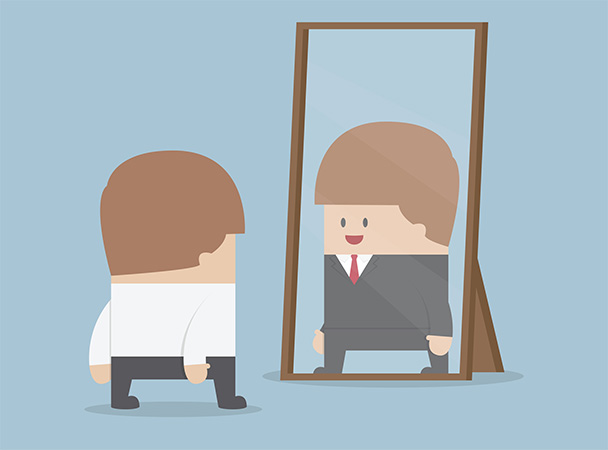 Posted at 07:14h in Uncategorized by seeingbehindthemask

There are some people who should never be hired. They pose such significant danger to an organisation that the risks greatly outweigh the rewards.

In reading about these people, extreme caution is required. Many people will have a one or perhaps several of the characteristics described.  It would be an error to conclude the person you know is suffering from the disorder being described. Doing so requires specialized training in clinical psychology or psychiatry.

Psychopath usually invokes the impression of a serious killer, and a person who if not is in jail, should be. Perhaps the most modern and well-known characterisation of this person is Hannibal Lector, popularized in several movies. However, there is more recent literature on the psychopath who is attracted to organisations, some of whom appear very successful.

Although it is estimated that one per cent of the population are true psychopaths, the number in business is believed to be somewhat higher, with estimates of three or four percent mentioned.

This person will come across as smooth, polished and persuasive.  They can seem well informed. Their comments will be often sprinkled with business phrases and buzzwords that might impress someone who is less well informed. Although it is estimated easily to be taken in by the charm and apparent “strength of character” the person appears to represent.

Underneath this façade is someone who will bend rules to suit themselves. Their attitude is expressed by comments like “That’s just for suckers”. Or  People get what they deserve”. They will have no hesitation about lying, using false names are or manipulating other people to advance their agenda.

These people are known for being both deceitful and manipulative. Early in their tenure, their bosses can most easily be taken in, because they know how to make a good impression, understand how to avoid responsibility and blame others. First, you may find if their results are questioned.

You may find that when pressed about certain subjects that the individual becomes tense or irritable. This is unusual and should in itself be a mark of concern. Despite the person’s resistance, the area should be explored until you have a satisfactory answer,

Second, be alert for a history of uneven employment. This can include leaving jobs without available, realistic plans for employment.  Often these are people with several jobs of short tenure, whose explanations for leaving seem implausible.

Third, examine the extent to which this person can demonstrate a genuine sense of empathy. This means more than just saying ”the right thing”. The person who fails to see the harm done by their behaviour – or by others  – can reflect a rather cynical and contemptuous attitude toward people.

Forth, you may have occasion to ask about friends. Close inspection will often reveal that they have very few if any long-term friends.

A married father with four children applied for the role of  General Manager for Strategic and Business Development at a major retailer. His resume was impressive. He held three degrees as well as a law degree. His performance during several interviews conducted by senior executives, the CEO, and several board members were all very favourable. His last job was the Managing Director of a major fashion house. Sounds like a dream match.

While it is impossible to make a formal diagnosis in a job interview, there is a number of characteristics to look for. Each of these is of concern by themselves. The more you find, the greater is the danger that this candidate maybe is a poor fit.

Remember, he was interviewed and hired by “seasoned pro’s”,  each with many years of business experience. This wasn’t their first time hiring someone. If they can be fooled, so can anyone.

At his first day at work, he was fired. He claimed to have worked for another company, and his new bosses could not verify this.

Closer checking revealed that he had been employed with a major health firm, and a speciality fashion group, both at considerable salaries. He had been fired from both of these jobs. Other companies he claimed to have worked for had never heard of him.

There was a pattern of, once being hired, he would deal rudely with staff, going as far as commanding his staff to go out drinking with him and sending them inappropriate text messages.

In summary, this kind of person is focused on advancing his own interests, using a combination of charm, guile, manipulativeness and overt threats. He has no interest in anyone else’s welfare except his own. Any contributions to a business will be superficial at best, and the price for these will be exceptionally high.